Next JavaScript must be enabled to correctly display this content

Check the GraalVM Enterprise Version Roadmap for information on the updates cadence.

Updated the Oracle JDK release on which GraalVM Enterprise Edition is built to:

This is a bug fix release for the GraalVM 20.3.x branch. It contains operational changes to GraalVM Updater - a tool for installing optional GraalVM language runtimes and utilities, and for updating your local GraalVM installation.

More details are available from the changelog.

More details are available from the changelog.

To see a complete list of changes, please refer to the project changelog.

A detailed list of the changes and bug fixes is available in the project changelog.

For the other 56 bug fixes and 52 compatibility improvements, see the detailed changelog. 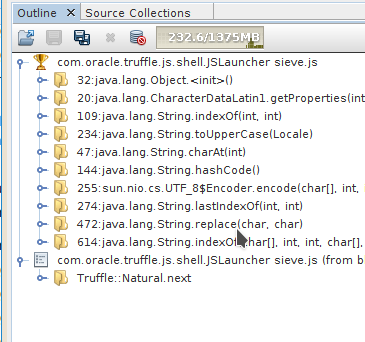 More changes can be found in the GraalVM SDK changelog.

To see the full list of changes to APIs, proceed to the GraalVM Truffle changelog.

For more details, refer to the My Oracle Support Note summarizing the changes required for Oracle GraalVM Enterprise Edition to implement this Critical Patch Update.

GraalVM Enterprise 20.0 improves significantly on the previously available builds for Windows platforms. Windows is no longer an experimental platform in the GraalVM ecosystem. Windows builds now contain the functional gu utility to install the components. GraalVM Native Image component needs to be installed with gu as on other platforms. The JavaScript engine is now included in the GraalVM Windows distribution. Node.js support on the Windows platform is scheduled to be included in the next GraalVM release (20.1).

GraalWasm - GraalVM implementation of the WebAssembly language - is distributed through the usual component distribution channels.

The GraalVM distribution for AArch64 now includes a functional node.js runtime (both in --jvm and native modes).

More details can be found in the project changelog on GitHub.

For more details refer to the component changelog on GitHub.

To see a complete list of changes, please refer to the project changelog.

More details can be found in the project changelog on GitHub.

A detailed changelog for the Ruby component is available on GitHub.

More details are in the SDK and Truffle changelogs.